I’ve not written about my dad’s passing since it happened very, very suddenly in April of this year. Partly because I tear up even thinking about it, so putting pen to paper – or rather fingers to keyboard – is an impossible feat. And also, because I don’t know what to say.

How do you sum up the entire existence of someone who meant so much to you in a simple blog post? It doesn’t seem feasible. Summing up all the emotions that have come with the grieving process is one of the hardest things I’ve done and I’ve written college essays on an abundance of obscure topics.

Since April, I have started and deleted well over a hundred drafts of posts regarding the passing of my father. Most of them have been tribute posts, but I learnt very quickly that listing all your memories together and having to write the words ‘goodbye’ a lot will reduce you to tears in no time. Once your vision’s all blurred up and you’ve run out of tissues to dry your eyes, abandoning the post can be the easiest thing to do.

Writing is my therapy. Whether it be complaint e-mails where I get to vent to the supermarket for forgetting to include broccoli in my delivery or whether it be talking about the most exciting adventure I went on. Regardless of whether the work ends up sitting in my drafts never to be published, I express a lot of my emotions through writing.

During the time when I was mulling over ideas on what I could write, I did consider a Buzzfeed-esque ‘What I’ve Learnt’ post, but in all honesty, that would have been most bogus post I could put out there. I’m not over it. I will still randomly burst into tears every single day when I’m alone. Or when I see something that reminds me of him. Or when I encounter something really exciting or interesting for the first time and I want to see him and tell him all about it, but then I remember I can’t.

I’m crying this very second while writing this post. So, for me to give advice just yet wouldn’t be right. I have learnt things, but it’s only been about seven months and I’m still trying to cope with it and figure out how to deal with the aftermath. Life goes on, and for someone whose whole world has changed in a matter of seconds, that can be a harsh reality. You half expect the world to stop, but it doesn’t. Having to adjust to the event and slide into a new routine and return to society is tough.

I turned eighteen on 29th March, by April 26th my father was gone. Instead of preparing to sit my college exams, I was attending his funeral. In the span of four weeks, my entire life had turned upside down and I couldn’t comprehend it. To some extent, I still can’t comprehend it. We were celebrating me finally becoming a fully fledged adult with my family in Philippines, then less than two weeks after our return, that was it.

His cancer had come back unbeknownst to everyone – including him. My dad had been ill and in and out of hospital since I was little. Bowel cancer. He had a colostomy and then a reversal. He later developed a hernia and had to get that removed, but after overcoming all those things, we thought his diabetes was the only problem that was left. We were wrong.

Long story short, they found the cancer in his lungs, heart, liver, kidneys… you name it. It was the worst thing imaginable and I still can’t understand how he managed to power through all that. Granted, he was unaware, but he must’ve been in excruciating pain. But my dad was my dad. He was stubborn, strong and prideful and he didn’t like to admit something was wrong or seem weak.

As someone who suffered merciless bullying throughout my school years from my peers, I became quite introverted and my parents became the only friends I had and the only people I completely trusted and confided in. Due to the hard time I had in comprehensive school, I continue to suffer with social anxiety and acute depression, and as you can imagine the death of my father has made this worse. I’m lucky that I don’t get bad episodes as frequently anymore, but losing someone who firmly encouraged me to believe that I was an important and valuable human being has been a blow to the system and has put me back in a little bit of a tricky and emotional place for awhile hence the lack of posts.

This isn’t meant in a ‘Oh, look at me poor me!’ way, I just wanted to express what I’ve been going through without having to sugarcoat it with a lie and pretend that I’m completely fine. The close friendship that I had with my father after all the hardships he’d seen me through meant that his death had, and still continues to have, a profound impact on me emotionally. Although, I’m sure that this will get easier to deal with over time, I think it’s important just to say ‘Hey, I’m not doing great, but I’m trying’ and I feel like I owe my loyal readers this explanation. It’s been a struggle. Especially as the online world and the bubble of social media makes us strive to paint our lives as perfect and ‘#goals’, but they’re really not.

Also, I’ve been mailed a lot of thriller and crime novels lately for reviewing which sometimes can be overbearing depending on the subject matter. So, if anyone has some light, romantic or even comedic reads, then please send them my way haha!

My dad’s death is predominately the reason I have yet to share my holiday snaps of when we went to Philippines to celebrate my eighteenth birthday. It’s just been too devastating and it’s hard to cheerfully write about your travels when you still haven’t addressed the heartbreak of having to look back through all the happy photographs and know that one person in them is no longer alive and breathing. Hopefully, now that I’ve talked about it and am slowly getting to used to talking about him in past tense, I will be able to compose posts about that vacation soon with minimal crying involved in the writing process.

I don’t want to remember my dad with pallid green, cold skin lying in a hospital bed fighting for his life to no success. I want to remember him as the man who, along with my mother, fostered my love of books, reading and discussing. The man who used to sit me on his knee and tell me stories, inventing wacky tales of planets that inhabited crazy clowns and men with saucepan hats. The man who I would spent hours with debating about who was the better superhero, Iron Man or Captain America. He was for the former, I for the latter. Sadly, we didn’t get the satisfaction of watching Captain America: Civil War together and settling that debate.

And that’s what I want him to be remembered as. A kind, witty and loving man because he was.

The thing I want people to take away from reading this is not just that my dad died and I’m devastated about it, but that if you’re fortunate to have someone who cares for you and loves you deeply then thank them! I know I never said ‘I love you’ enough times nor did I appreciate him enough. That sense of regret and ‘I should’ve done this’ or ‘I should’ve told him this’ weighs down on me quite heavily. So, please take full advantage of what time you have with your loved ones and let them know that they’re loved.

Dad, I promise to make you proud in everything I do and I love you and miss you so, so much! 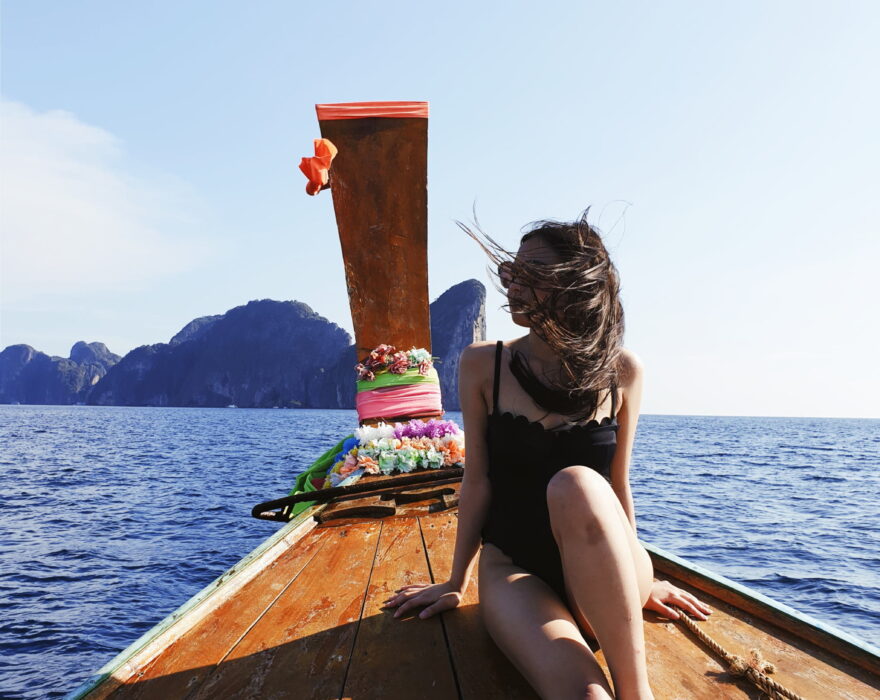