This one’s a little late as I got caught up in the exams rush while reading it, but thank you to Little, Brown for sending me a copy of Lauren Berry’s charming and cheeky debut, Living The Dream.

Living the Dream follows two twentysomething best friends in London navigating their careers and love lives past post-collegiate turmoil and into adulthood with lots of pints along the way.

Emma is a rising star at the marketing firm she works at as a “creative,” but would have trouble describing what exactly it is she does all day. She pours most of her actual creative energy into a popular blog that all of her friends agree is brilliant, but she has yet to make a cent on it. Clem is a massively talented screenwriter just back from New York, where she picked up a fancy graduate degree in film. But until she convinces an agent to take on her masterpiece script, she’s stuck hostessing at the bar she frequented as an undergrad, and the only calls she’s getting are about bills past due and overdrawn bank accounts. In their ironclad friendship both girls find a reliable break from the post-collegiate absurdities and indignities that seem to abound in life right at the moment they feel they should finally be getting it all together.

With a rotating cast of lovably insufferable friends, from Emma’s fabulous DJ and ladies man roommate to Clem’s painfully ordinary and predictable childhood chum, the girls wind their way through the twists and turns of aging parents and terrible bosses and regrettable one night stands, unforeseen setbacks and blessings that present as anything but, and remind each other that while their ships might not have come in yet, the after work drinks are cold and the company can’t be beat.

Listen, I’m always going to have a weak spot for chick lit that features good ol’ British humour and awkward mishaps. Bad dates, dull job, lost and broke – I could see slithers of myself within Emma and Clem along the way. I guess one issue is that they can be seen as Mary Sues, but that didn’t bother me too much while reading as it’s a bit like a Richard Curtis film and his idealisation of London where one can be struggling financially, slaving away at a 9-5, but still afford rent, have an attractive musician roommate, a famous actor ex, a degree from one of the best universities in the United States and many who praise your work. The reader sort of has to suspend disbelief for a bit so we can accept that while Emma only has £500 in her back account, she’s doing fine. I suppose this is before she’s done the weekly shop?

I don’t want to be overly critical of Living the Dream because I did enjoy it. It hasn’t got a patch on Bridget Jones, of which it has closely borrowed elements for certain scenes, and most of the male characters seem to be one-dimensional, but Berry has a knack for  snappy, witty dialogue and knowing just when to throw Clem, Emma, and the reader, a curveball.

One thing that did stand out to me was how Berry tackled abortion, a topic that can still be seen as taboo in society. It would have been easy to gloss over it, maybe even have Emma return to her god awful ex-boyfriend who knocked her up and have the two of them try raise the baby. Thankfully, Berry did not take that route and was frank in her writing. Emma may not be as confident when it comes to throwing in the towel at her advertising job, but she is headstrong in knowing that having the baby wouldn’t be right for her and that an abortion was what she wanted. Those close to her supported her, and the naysayers were ignored which is exactly how it should be.

However, for every good, there’s a bad. One thing that was slightly unsettling was the novels issue when it came to addressing women who weren’t the two main protagonists. Living the Dream screams ‘Look at Emma and Clem, two smart and funny women with great talent. Look at them risking everything to chase their dreams’. Berry’s practically next to you with a megaphone bellowing in your ear ‘If they can do it, so can you!’. Except, Living the Dream isn’t about girl power. Emma and Clem’s trouble with women who weren’t them is shown in their problematic attitude to not just their “friend” Yasmin, but in the way Emma dismisses the women at work as ‘PR bimbos’ as though she’s on some advertising pedestal. In an age where women are taking back the reins and rising up against negative stereotypes, it’s so so disheartening to read a book written by a woman that features these ‘strong’ women characters putting other women down.

I do see the message Berry wants to convey in Living the Dream. That if you’re good at something and you enjoy it, pursue it. Despite this, it comes across a bit like one of those cheesy ads narrated by an overenthusiastic male basically going ‘Tired of your day job? Well quit and chase the same dream millions of others are also chasing!’ And I get it, I’m a creative. I write freelance, I’ve done unpaid work experience in publishing houses, I stay up until the wees hours working on the first draft of my novel that I know will be rejected. In an ideal world all us writer types would all be Emma and be able to get hot writing jobs right off the bat and earn hella money. Yet, the reality is so far from that and as an anxious person who craves stability and structure, I don’t think there’s anything wrong in playing it safe and having an office job while you pursue those things which is something Living the Dream heavily criticises. In Berry’s novel, if you want your dream to come true, you can’t do anything else on the side. You have to be unemployed. She seems to forget that bills are real and not everyone has the luxury of giving up their 9-5 for what’s likely to be a pipe dream.

Anyway, I digress. Living the Dream is a fun, easy read. It’s a quintessentially British novel with a lighthearted tone, a ton of boozing and a friendship at its core that’ll make you feel all warm and fuzzy inside. Plot-wise, there’s not a lot of action and twists and turns, and I had a few issues with it, but you do become so invested in Emma and Clem that you will root for them and enjoy following their journeys.

A humour debut about growing up and finding your place in the world. 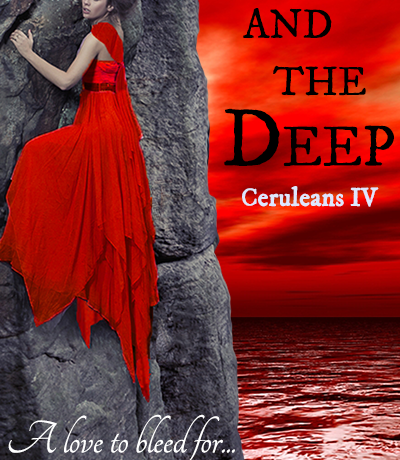