In true Samantha fashion, I performed yet another disappearing act and have returned months later to report on my ‘oh-so-busy’ life and grovel for the forgiveness of those who have stuck around in the hopes of seeing some mildly entertaining content. While I’m aware the ‘busy’ excuse doesn’t entirely work in terms of the current quarantine/lockdown situation going on, trust me when I say that there has been a lot of strange and exciting things going on behind the scenes. Most of it, I can’t really speak in great length about yet, but if you joined me for the epic espresso martini fueled saga that was ‘Tinder Travels‘ and you’re in the US, then a familiar Filipino-British face may be popping up on your screens some time in the near future.

I have missed blogging exponentially as time has gone on, but I found the pressure to create visually appealing content with the limited means I have at my mother’s home really difficult and exhausting. I know that sounds incredibly self-indulgent of me, but with several brand/PR/sponsored post deals (whatever you full-time influencers want to call them) cropping up in my inbox just as the weather took a nosedive, it became rather frustrating to plan a photo op when it’s just endless rainy days. Very #firstworldproblems, I know.

But now the sun is making a return and I have new photog equipment on its way, so I will get round to shooting and posting them here in due course. Please pray for the sanity of my mother – and surrounding neighbours – as they watch me prance around my garden in full narcissist mode.

Life in a COVID-19 world has been a very odd time for me. However, dare I say, I’ve quite enjoyed it. Don’t get me wrong, the bouts of depression and anxiety have been a very real day-to-day occurrence, but it’s rather nice not having to commute around England all the time. I have not missed the stress of crowded trains and delayed announcements one bit.

Another reason for my absence is work. Fortunately, I’ve not had to worry too much on the career front in terms of COVID impact as I’ve had several freelance gigs and recently just wrapped up a summer internship alongside Google/GSK/P&G. Yet, all of that meant I didn’t have much time to dig up my Animal Crossing fossils on a daily basis let alone churn out a blog post or two! Rest assured, I did try and squeeze in some reading where I could in the interim so I do have a couple of book reviews planned. I promise it’s not all going to be sponsored content featuring me! There will be books.

While the haphazard structure of this post may suggest otherwise, I have been focusing on a couple of writing projects. I’m still very much in the planning and drafting stages, but I’m excited with the way those manuscripts are beginning to take shape.

One thing that annoyingly and rather bizarrely continues to be a prevalent presence in my life is Tinder Boy! Tinder Travels was a big thing for the blog and I never cease to be amazed by the abundance of opportunities that continue to arise from that fateful trip. I’ve done Metro articles, been a rather odd ambassador for said app, given PSAs on dating apps for BBC Bitesize (kids don’t hop on planes with strangers!) and as I briefly mentioned earlier, been approached to develop it for TV! However, in a time where I should be thankful for all the glorious opportunities, TB has sunken to new lows, ladies and gents!

While enjoying my lunch one leisurely Saturday last month, I got a text from NatWest informing me that they’d detected suspected fraud on my account. Someone had attempted to bill my card £26.86 for an Uber trip. I haven’t used Uber in around six months (I know, I really am a changed gal) and I’ve certainly never taken a journey for that price in a long, long time so who could it possibly be? Well, after countless minutes lost to the holding music of NatWest, Uber and ActionFraud we were able to rule out being hacked since there was no record of the ride on my Uber account. Who was so skint they had to commit fraud to pay for an Uber?

Well, Uber themselves got back in touch to confirm that they had managed to trace the account and person who’d made the journey and, lo and behold, it was Tinder Boy! After all, he’s the only Jack we know who’s permanently in the ‘South West’ aka Bristol.

Now, I’d be less likely to call him out here had he not refused to pay me back the ££££ he owes me from the holiday that was promised before using the excuse ‘it’s been a long time’ when pressed on the matter – oh, audience, it hadn’t even been a year at that point! However, trying to then take my own hard-earned money after such ‘a long time’ and zero contact, just isn’t very professional, is it?

You’ll be unsurprised to learn that he was extremely arrogant when questioned about the fraud by me on the phone proving that he learnt nothing in the past year and maybe should have used the £26.86 for lessons in grace and decorum. Highlights from that conversation include ‘Well, this is only the first time so it’s fine’ (so one can assume more attempts to use me as his personal bank were planned had it been successful because this is Tinder Boy we’re talking about) and ‘Let me know the amount and I’ll send you money’. What a classic! We’ve heard that before, haven’t we?

Thankfully, NatWest were very quick on the case and blocked the transaction before Tinder Boy – or shall we say, Jack from the South West (whoever he could be 🙄) – had a chance to cash in. He never outright said it was a mistake, but still several of me and my friends tested whether this could done by error and shock, Uber wouldn’t randomly select a card like potluck which begs the question how did it happen and also why add and keep details that you know you don’t own? Also, if it had been a mistake, a decent human would’ve notified the person they just tried to take money from upon noticing rather than waiting to see if the person would find out who they are/call them out on it.

He also didn’t apologise or sound too surprised by being accused of fraud either. Since he cannot be honest when questioned out on a one-to-one basis despite Uber literally naming him and from his attitude on that call, cannot be trusted on his empty words, I wanted to take this time to remind him to not do it again. I don’t like you. I don’t owe you. I’m not your bank account. Pay for your own Uber journeys, don’t try and use other people’s details to pay for your purchases and if you need money, turn to your family and friends and not a student who you went abroad with once and who you already owe money to that you clearly can’t pay back. If you’re going to try at cultivate the ‘traveling business man’ persona, at least pay for your own Ubers.

Unbelievable that any of that has to be said especially to someone older than me, but truly a nightmare of a human. This has been a PSA.

All of that stress aside; the sun is back, Sam has a little more free time to return to the blogosphere and there’s a bunch of sponsored/gifted content that I look forward to shooting and editing for you. Life is good.

Much like in the last little isolation catch-up, I thought I’d finish up by including a few favourites that I recommend if you’re looking for an extra source of entertainment in lockdown. In terms of books, I revisited Eleanor Oliphant is Completely Fine recently which made me sob like a baby. I also wholly encourage you to pick up the book featured in the last review I posted pre-vanishing which was The Bloody Chamber. You can always see what I’m currently reading on GoodReads which I’m promising to use more.

For TV, I beg you to watch Middleditch and Schwartz on Netflix. It’s a series of three live long-form improv by Thomas Middleditch and Ben Schwartz. It essentially means each episode is an entirely improvised comedic play and it’s one of the funniest things you’ll witness this year. Plus, we all need a sprinkle of laughter during these tough times! I’ll continue to sing the praises of how brilliant Mamma Mia 2: Here We Go Again is and I don’t care what anyone says – it just hit Netflix and the Waterloo scene is god tier cinema. One of my all time favourite films The Man from U.N.C.L.E. is still on the streaming site and yes, this is me petitioning for Guy Ritchie to make a sequel. I also recently started The Secrets She Keeps on BBC which is based on the psychological thriller novel of the same name by Michael Robotham – no spoilers please!

As always, I hope everyone is keeping safe and that all your family and friends are well.

While it does look like lockdown measures are easing up, there are still new cases and the amount of people dying in the UK is still a considerably high number. As someone with vulnerable family members who still need to venture out into the public for shopping essentials because the government isn’t the best, know that I am side-eyeing each and every one of you who choose not to wear masks and are risking COVID to get food at restaurants for the gram that you can easily cook or get delivered at home. Also, if you’re going to large chains to get your coffee/juice/food fix instead of supporting small, local businesses, you’re not cute xo

The above tweet from Nicole Chung sums up how I feel about everyone assuming the easing of lockdown means a free pass for a party. As JVN says “Just because you Ameri-can, doesn’t mean you Ameri-should”. Wear your masks, wash your hands and if you have to shop/dine out/booze (I don’t see how the latter two can be deemed anything but non-essential in a pandemic), please support small businesses where you can!

For a final note, below are some links of BLM-related initiatives that you may be interested in reading up on as well as potentially supporting and donating to: 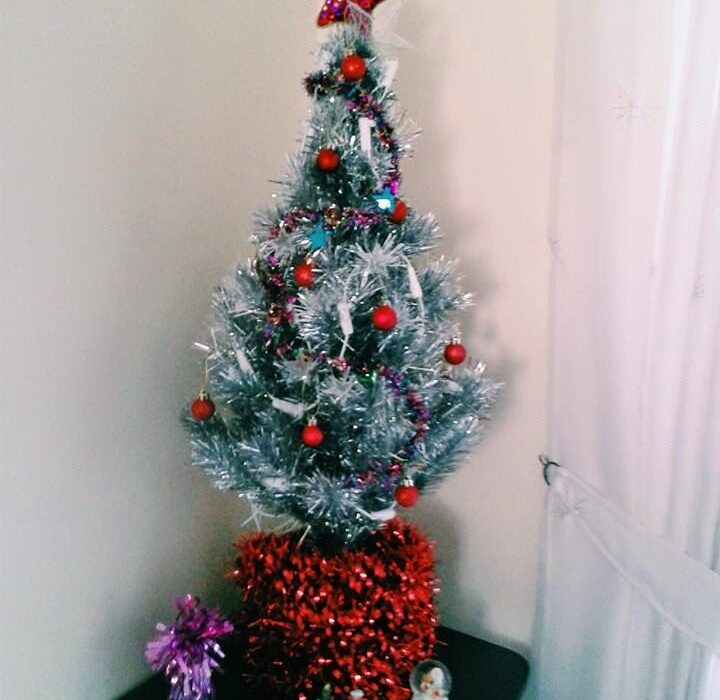