Book Review: Hello, Goodbye and Everything in Between

Thank you to the kind folks at Headline Publishing Group for sending me a copy of this book in exchange for an honest review!

One night. A life changing decision. And a list…

Of course Clare made a list. She creates lists for everything. That’s just how she is.

But tonight’s Clare and Aidan’s last night before college and this list will decide their future, together or apart.

It takes them on a rollercoaster ride through their past — from their first hello in science class to the first conservation at a pizza joint, their first kiss at the beach and their first dance at a gymnasium — all the way up to tonight.

A night of laughs, fresh hurts, last-minute kisses and an inevitable goodbye.

“SOMETIMES THE HARDEST THINGS ARE THE ONES MOST WORTH DOING”

Ah, young love. If you’re looking for a quick, light-hearted then look no further.

Hello, Goodbye and Everything in Between is a really sweet book. I’d not read anything by Jennifer E. Smith before, but I was well aware that she’s written several YA romances that I might just have to pick up soon.

The book takes place over the course of one night. The one night that will determine if high school sweethearts Clare and Aidan will stick their relationship through despite the fact their both heading off to colleges on opposite coasts or whether it’s best to call it a day. We follow them as they revisit certain places that mark a milestone in their relationship and it’s a really fun, nostalgic ride.

I’m not going to lie, I did have a few tears in my eyes reading certain parts. It’s a poignant story that I’m sure a lot of readers young and old will be able to identify with. While I can’t necessarily relate with their main predicament aka their relationship and having to decide what to do now they’ll no longer be able to see each other, I could definitely connect with the fear of new beginnings and going out into the big, wide world. However, like I said, I’d probably be more distraught over leaving my parents than I would a guy.

Perhaps what irked me more than anything was the characters and their indecisiveness throughout the novel. Both of them made the mature and sensible decision to break it off very early in the novel, but there was still a will-they-won’t-they tension throughout the book which was frustrating. As entertaining and pleasant Hello, Goodbye and Everything in Between was the drama sometimes felt a little too manufactured. Clare at times could very irritating as a character. Make up your mind, goddammit!

That being said, Jennifer E. Smith as a writer is delightful. I can totally understand the appeal and why her contemporary YA romances are so popular. Hello, Goodbye and Everything Between was short and simple. It didn’t require too much thought on my end, I could just lay back and enjoy the story I was reading. Sure, it was a little pointless and the ending is very inevitable but it was an amusing novel. It was well written and I like said, someone out their will be able to see bits of themselves in Clare and Aidan or even Scotty and Stella.

I did like how it was realistic towards the end. It wasn’t a fairy-tale conclusion where they ride off into the sunset. They’re at different universities, and despite the immense amount of technology we have these days, they’re young and have their whole life ahead of them. Staying together would only have held them back from experiences.

I have bittersweet feelings towards the second prologue (which is really the epilogue). On one hand, I did really root for Clare and Aidan. Sure, they were lovesick teenagers but Aidan – as sulky as he could be – was one of hell of a catch! But I also admired the honest approach that Jennifer E. Smith had taken having them go off and meet new people as that’s the way life is.

The future for Aidan and Clare still remains foggy. Will there ever be a ‘later’ for them? Who knows? Part of me would like to think they’ll encounter each other somewhere down the line in several years’ time and rekindle their love. Alas, perhaps – like it is with many first loves – their chapter has finished.

Either way, I had a lot of fun reading Hello, Goodbye and Everything in Between. 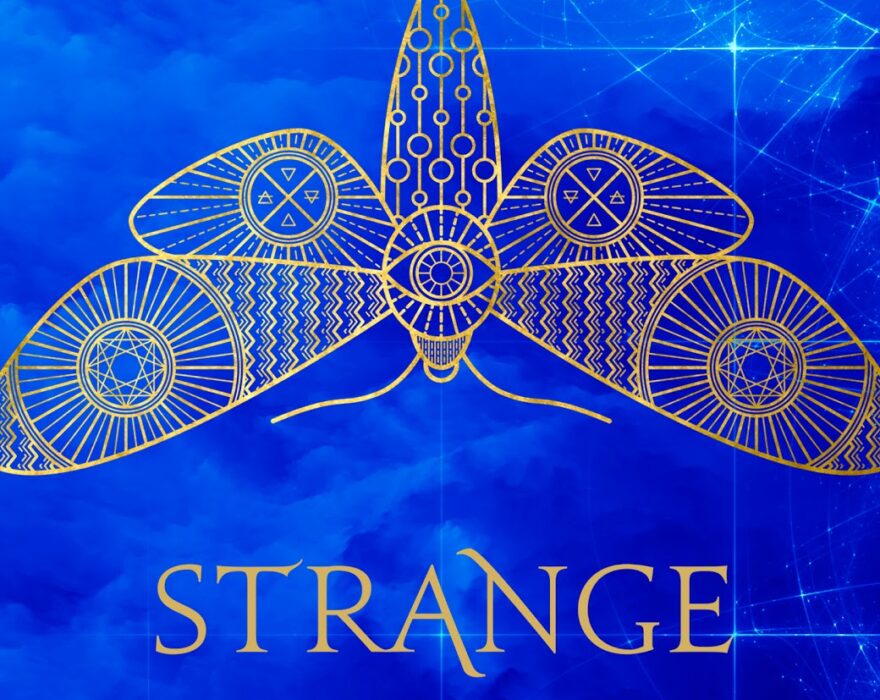 My Problem with FOX's 'Scream Queens'