I consider it an honour to have been sent this novel in order to review and after reading it, I can’t believe my luck because it’s such a mesmirising novel!

Massive thank you and bookish hugs to generous lot at Headline/Bookbridgr for sending me a SIGNED(!!!) limited edition (no 78 out of 100 – baby!) tenth anniversary proof copy of Eva Rice’s The Lost Art of Keeping Secrets in exchange for a review.

Set in the 1950s, in an England that is still recovering from the Second World War, this is the enchanting story of Penelope Wallace and her eccentric family at the start of the rock’n’roll era.

Penelope longs to be grown-up and to fall in love, but various rather inconvenient things keep getting in her way. Like her mother, a stunning but petulant beauty widowed at a tragically early age, her younger bother Inigo, currently incapable of concentrating on anything that isn’t Elvis Presley, a vast but crumbling ancestral home, a severe shortage of cash, and her best friend Charlotte’s sardonic cousin Harry.

“NORMAL PERSON! AREN’T YOU THE BOY WHO KEPT A LOAF OF BREAD IN A CAGE?”

“DON’T BRING JULIAN INTO THIS!”

I don’t think there’s anything I can fault about Eva Rice’s charming The Lost Art of Keeping Secrets on.

I just can’t believe it took me ten years to discover this book!

I may have only just read it, but it’s definitely up there with some of my most favourite, beloved books.

Captivating from start to finish, The Lost Art of Keeping Secrets is an elegantly written piece of vintage literature. It was so breathtakingly wonderful that I was at a loss for words after finishing it. Right now, I could use every single possible positive word in the dictionary to describe this novel. It’s simply a work of art. Someone, hang it in a museum! I feel like I’ve discovered some precious hidden gem and now I want to share it with the world. 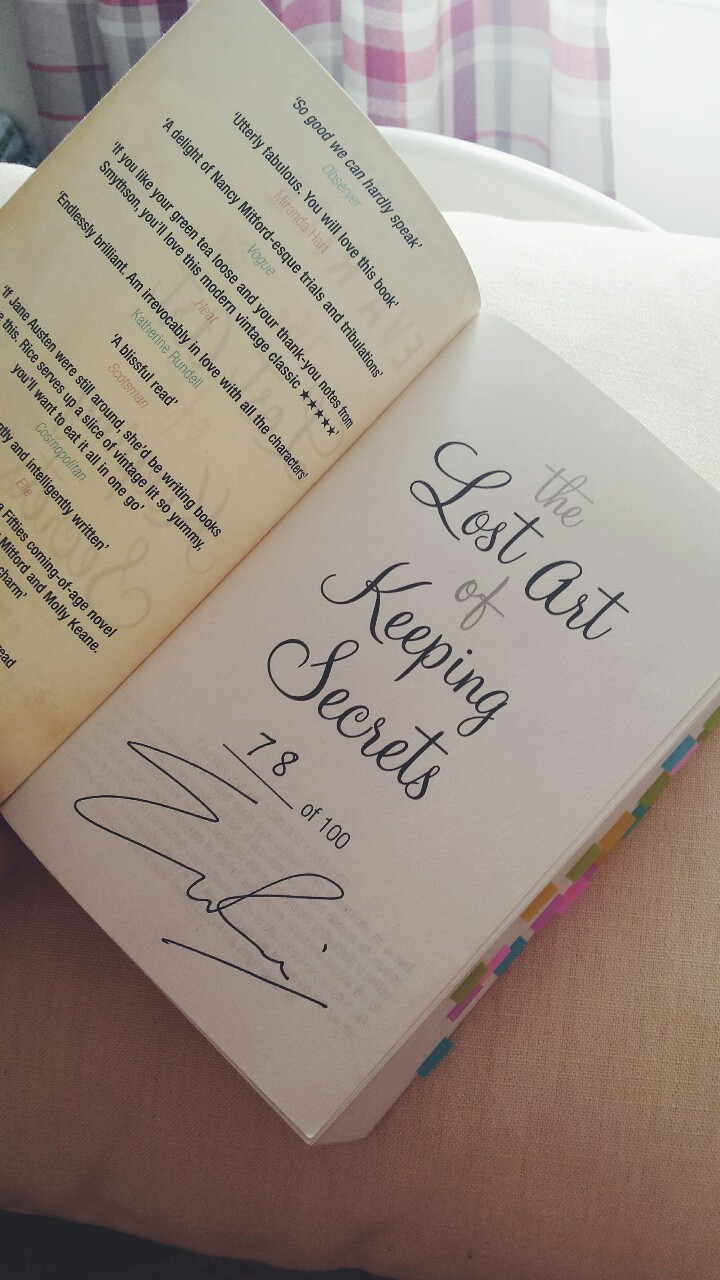 I guarantee that you’ll fall in love with all of The Lost Art of Keeping Secrets’ characters. You’ll wish a mysterious girl in a green coat would invite you to dinner and that you’ll one day befriend a magician.

Miranda Hart’s foreword is so incredibly accurate. I do want to dive straight into this novel and hang out with all of these characters. Penelope, Charlotte, Harry, Inigo and Aunt Clare – ‘This might sound weird but can we be best friends?

(I wish I could it give it more than five stars)