The first book in Ali McNamara’s Actually series found its way under the Kilford’s Christmas tree last year. Much like many others, my run up to the festive period consists of cheesy, cliche-ridden movies and novels and with Christmas Day closely upon us, From Notting Hill With Love Actually was my ideal choice for Christmas reading!

She was just a girl, standing in front of a boy… wishing he looked more like Hugh Grant.

Scarlett loves the movies. But does she love sensible fiancé David just as much? With a big white wedding on the horizon, Scarlett really should have decided by now…

When she has the chance to house-sit in Notting Hill – the setting of one of her favourite movies – Scarlett jumps at the chance. But living life like a movie is trickier than it seems, especially when her new neighbour Sean is so irritating. And so irritatingly handsome, too.

Scarlett soon finds herself starring in a romantic comedy of her very own: but who will end up as the leading man?

“THERE’S SOMETHING VERY COMFORTING ABOUT WATCHING A HUGH GRANT MOVIE. YOU KNOW NO ONE’S HEAD WILL BE BLOWN OFF IN THE FIRST THREE MINUTES, NO ONE WILL BE TORTURED, AND THE WORST THING THAT MIGHT HAPPEN IS SEEING A LANKY WELSHMAN EATING MAYONNAISE IN HIS UNDERPANTS”

Scarlett O’Brien lives her life as if she’s in one big movie production much to the dismay of her family who disapprove of Scarlett indulging her silver screen fantasies which include receiving an Oscar from Johnny Depp. But when Scarlett is given the opportunity to house-sit a mansion in Notting Hill, she jumps at the chance to live out her life-long film fantasies and she finds herself unintentionally recreating movie scenes in the London neighbourhood – including bumping into a handsome stranger in a bookshop!

Alongside Scarlett’s house sitting gig, there are many other sub-plots. This includes Scarlett’s desire to prove to her fiance, David, and her father that movie scenes are possible in real life, her quest to find her mother who left when she was younger, but most of all there’s Scarlett deciding if David is the right man for her to marry. This is made even harder after she begins to get closer to Sean, her next-door neighbour in Notting Hill.

Sean and Scarlett made me swoon and sigh so hard. From their rocky start, to him drunkenly falling off It’s A Small World at Disneyland, to that beautiful moment on the London Eye which had me sobbing my eyes out — I was rooting for them throughout.

From Notting Hill With Love Actually is a perfect homage to the movies it references. It meshes together the likes of Notting Hill, Pretty Woman, Runaway Bride, Love Actually and Bridget Jones’ Diary to create a gigantic romance film fest.

While it’s not necessarily a ‘Christmas’ book, it definitely put me into a jolly and fuzzy mood which is just the feeling you want when it’s the ‘Most Wonderful Time Of The Year’. I can’t wait to pick up the rest of the books in the Actually series  because Ali McNamara’s writing had me laughing like a loon on the bus and also had me sobbing into my cup of coffee which, to me, are two of best things a book can do!

From Notting Hill with Love Actually is a highly entertaining read and the perfect Christmas gift. 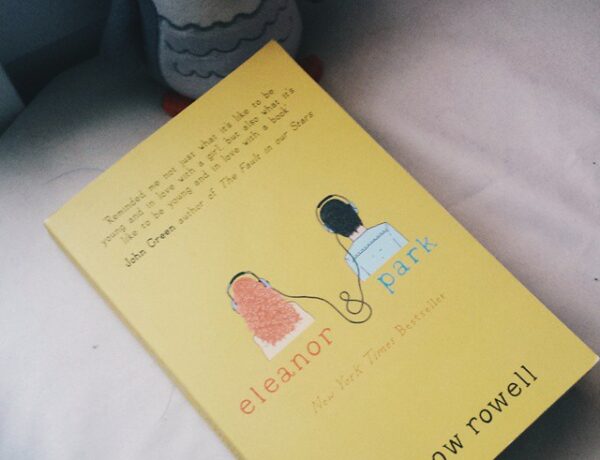 Book Review: This Is Going to Hurt (Prime Student Book Club ‘Book of the Term’)