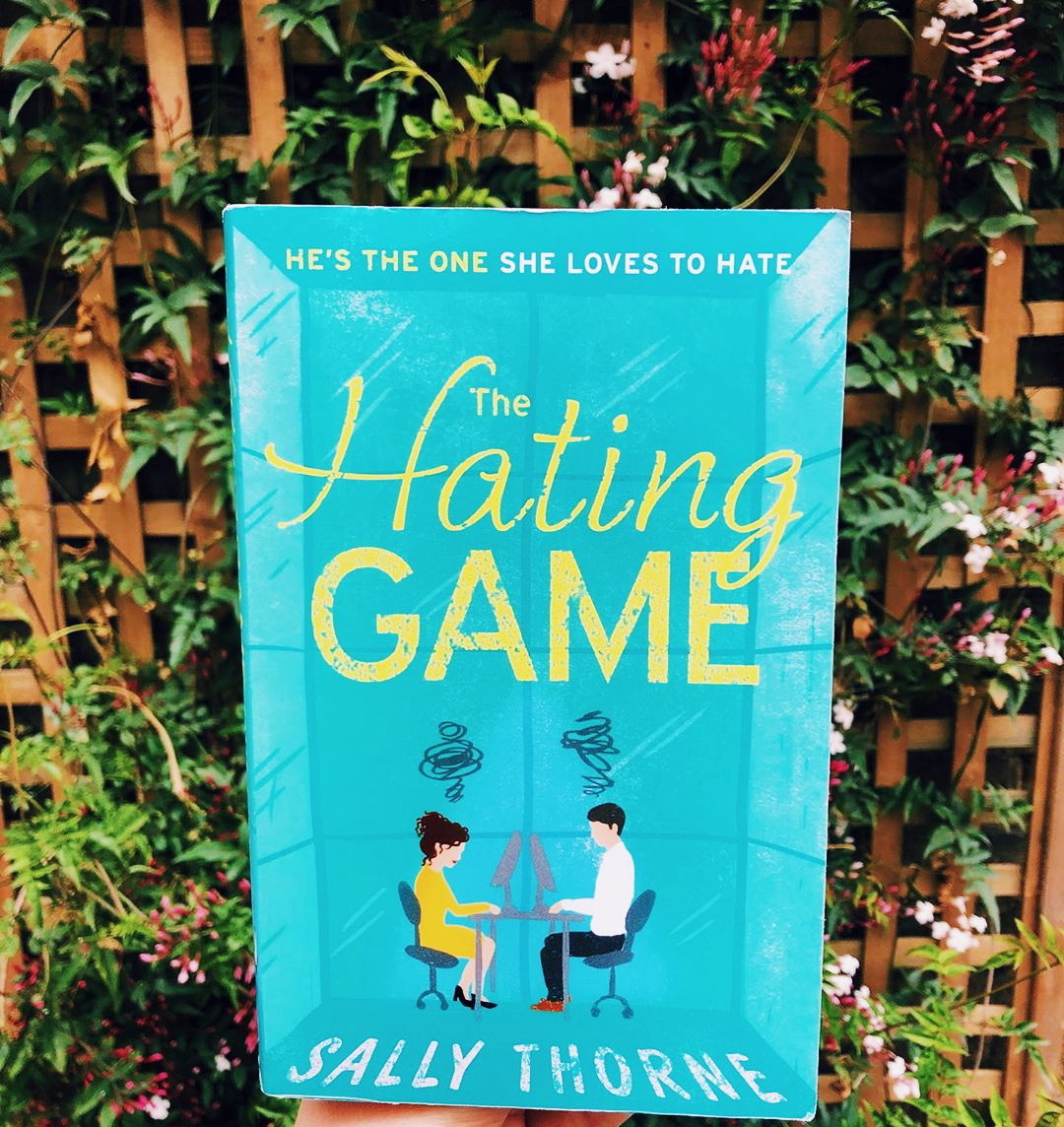 I received a copy of Sally Thorne’s hilarious The Hating Game when it was published many moons ago by Piatkus in the UK. However, be it that I was simply busy with exams or college at the time or whether I was lazy and had gotten myself into a reading slump, I consider it entirely deplorable that I never got round to reviewing The Hating Game as since my initial reading, I have gone back and re-read the thing five more times at the very least. Dare I say it, but it’s one of my favourite rom-com books I think I’ve ever read.

Lucy Hutton has always been certain that the nice girl can get the corner office. She prides herself on being loved by everyone at work – except for imposing, impeccably attired Joshua Templeman.

Trapped in a shared office, they’ve become entrenched in an addictive game of one-upmanship. There’s the Staring Game, The Mirror Game, The HR Game. Lucy can’t let Joshua beat her at anything – especially when a huge promotion is on offer.

If Lucy wins, she’ll be Joshua’s boss. If she loses, she’ll resign. So why is she questioning herself? Maybe she doesn’t hate him. And just maybe, he doesn’t hate her either. Or is this just another game . . . ?

I WANT TO KNOW WHAT’S GOING ON IN YOUR BRAIN. I WANT TO JUICE YOUR HEAD LIKE A LEMON.

I mean, where to begin?

Years on from my initial reading and I am still obsessed with this book and am in continual shock it took me this long to rave about it on here. Alas, with the casting news for the feature film being announced in recent hours, I felt this was a perfect time to do so!

You’d have to be a real scrooge to dislike The Hating Game. It’s a modern masterpiece! The characters, the relationships, the setting, the comedic capers, the terrific quips and one-liners that will have you rolling on the floor in laughter – it’s all sheer perfection without any of the cringe that other novels tend to induce.

I’m a sucker for the enemies-to-lovers trope in any form of fiction, but I find many stories struggle to navigate the gradual shift from despising one another to a beautiful and blossoming mutual tolerance without it feeling like insta-love. However, Thorne mastered the art of slow burn and we have many chapters where we can revel in Lucy and Josh’s seeming detestation of one another before the tables turn.

Lucy might just be one of my favourite characters in contemporary rom-com novel history! She’s such a fun and relatable narrator and as someone who’s worked in offices and is vertically challenged herself, it was easy to put myself in her shoes. She was utter comedic genius and effortlessly endearing. It was refreshing to see such a genuine character in a romance book that wasn’t unbelievably sickly sweet or eye-roll inducing.

That’s not to say that this novel is wholly perfect as no good piece of chick lit would be complete without what one would deem unnecessary ~drama~. However, while the latter portion of the book does lull a little bit, it at least has a purpose as Thorne gives some insight into Josh’s character which while a little melodramatic was appreciated. Arrogant and cruel male characters in these kind of novels aren’t often fleshed out or if they are given any emotional depth, it can quite frankly be a little ridiculous. Thorne managed to give him a sensitivity that didn’t feel forced or unrealistic.

When I first read The Hating Game, I devoured it in a single sitting and have found myself gravitating towards it when in need of a pick-me-up on a dull day or just to reminisce on the hilarity as it’s such an enjoyable, easy read. With Sally Thorne having released a new romance, 99 Percent Mine, this year, I’m very excited to read more from this author as I believe she might just be the future of rom-com novels!

I Remember It All Too Well