The full inside story of the breathtaking rise and shocking collapse of Theranos, the multibillion-dollar biotech startup, by the prize-winning journalist who first broke the story and pursued it to the end, despite pressure from its charismatic CEO and threats by her lawyers.

In 2014, Theranos founder and CEO Elizabeth Holmes was widely seen as the female Steve Jobs: a brilliant Stanford dropout whose startup “unicorn” promised to revolutionize the medical industry with a machine that would make blood testing significantly faster and easier. Backed by investors such as Larry Ellison and Tim Draper, Theranos sold shares in a fundraising round that valued the company at more than $9 billion, putting Holmes’s worth at an estimated $4.7 billion. There was just one problem: The technology didn’t work.

In Bad Blood, John Carreyrou tells the riveting story of the biggest corporate fraud since Enron, a tale of ambition and hubris set amid the bold promises of Silicon Valley. 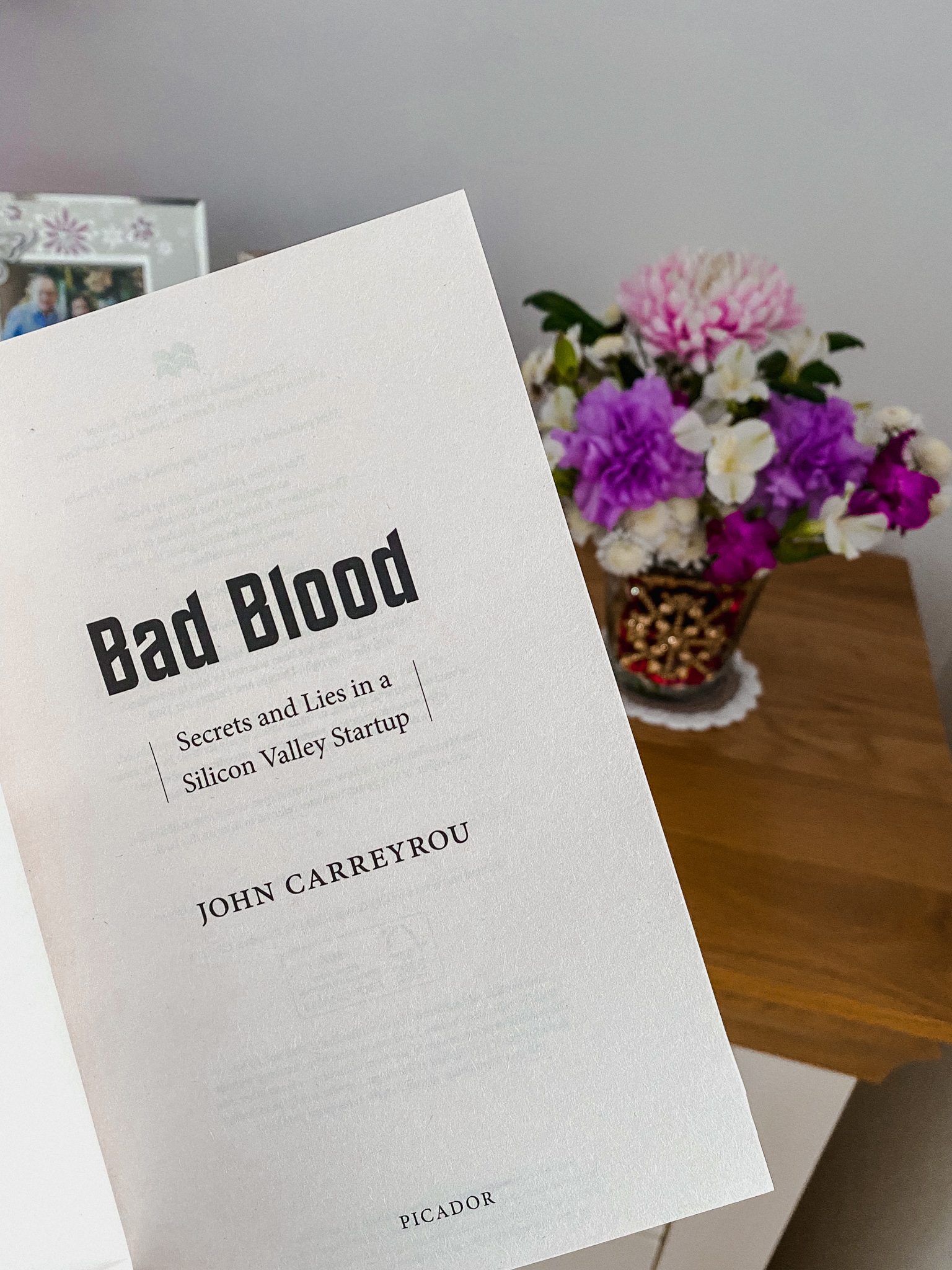 TWENTY MINUTES LATER, A POLICE CRUISER QUIETLY PULLED UP TO THE BUILDING WITH ITS LIGHTS OFF. A HIGHLY AGITATED SUNNY TOLD THE OFFICER THAT AN EMPLOYEE HAD QUIT AND DEPARTED WITH COMPANY PROPERTY. WHEN THE OFFICER ASKED WHAT HE’D TAKEN, SUNNY BLURTED OUT IN HIS ACCENTED ENGLISH, ‘HE STOLE PROPERTY IN HIS MIND.’

Elizabeth Holmes is the epitomé of gaslight, gatekeep, girlboss. Her meteoric rise and her spectacular fall from grace, as detailed by John Carreyrou in this book, is sheer insanity. As a tech nerd who closely followed Holmes’ trial, I’ve probably consumed every piece of Elizabeth Holmes related content out there – including the articles about the bizarre, ironic Gen-Z fandom that she has managed to cultivate post-downfall. I’ve obviously saved the best piece of Holmes content until last.

Carreyrou’s book is a fascinating insight into the Theranos scandal and contains so many WTF moments. I mean, this girl dropped out of Stanford and managed to convince Henry Kissinger, George Shultz, Rupert Murdoch et al that she was going to revolutionise the blood testing industry despite the fact her company struggled to deliver all its flashy promises. There were so many red flags as the story progressed that Theranos became more of a red marquee by the end. It’s quite unbelievable to read about how so many business titans and investors brushed aside concerns simply due to FOMO. Because what if, after all, Theranos turned out to be the next big thing? Spoiler alert: it wasn’t.

Unlike Disney+’s series, The Dropout (which Amanda Seyfried is mesmirising in!!), Carreyrou explores the less affluent victims of Holmes in greater depth as we get to learn a bit more about the careless, almost-fatal results that Theranos was giving to patients. Also, I have so much admiration for Tyler Shultz and Erika Cheung.

Exactly what was motivating Holmes to press on with Theranos despite its obvious failures is unclear. Of all the celebrity scammers that have risen to prominence due to their stories being told on streaming platforms, Elizabeth Holmes is most elusive. She lacks the materalisitic motivation of Anna Delvey and, unlike Shimon Hayut of Netflix’s The Tinder Swindler, Holmes’ intentions remain unclear. While living lavish with Sunny Balwani, private jets and luxury vacations hardly seems to be the driving force for Holmes. Even when testifying, Holmes didn’t supply a coherent account of her motives and denied that she’d done anything wrong. Was she simply just a young person with good intentions and an ambition who quickly got in over her head? Was she so infatuated by Steve Jobs and the idea of becoming a successful entrepreneur that she decided to fake it until she made it? Or is she a sociopath?

Bad Blood also struggles to ascertain the true Elizabeth Holmes. On the one hand, she appears to be an eager, young entrepreneur who got caught up in Silicon Valley’s ‘fake it ‘til you make it’ culture. On the other, former Theranos employees cite her and Balwani to be manipulative bullies. Elizabeth, the good cop. Balwani, the bad.

The point is that Theranos isn’t simply an outlier in Silicon Valley but an example of the often overhyped startup culture that idolises entrepreneurs and self-made billionaires. Bad Blood serves as an excellent a cautionary tale of what can happen when a CEO prioritises personal legacy above all else. It’s a gripping read that is packed full of shocking, unbelievable moments that will make you gasp out loud.

Carreyrou raises some serious ethical questions in Bad Blood and one can’t help but wonder about the shadow Holmes will cast across a new generation of female entrepreneurs, particularly those pursuing life sciences, biotechnology and healthcare. 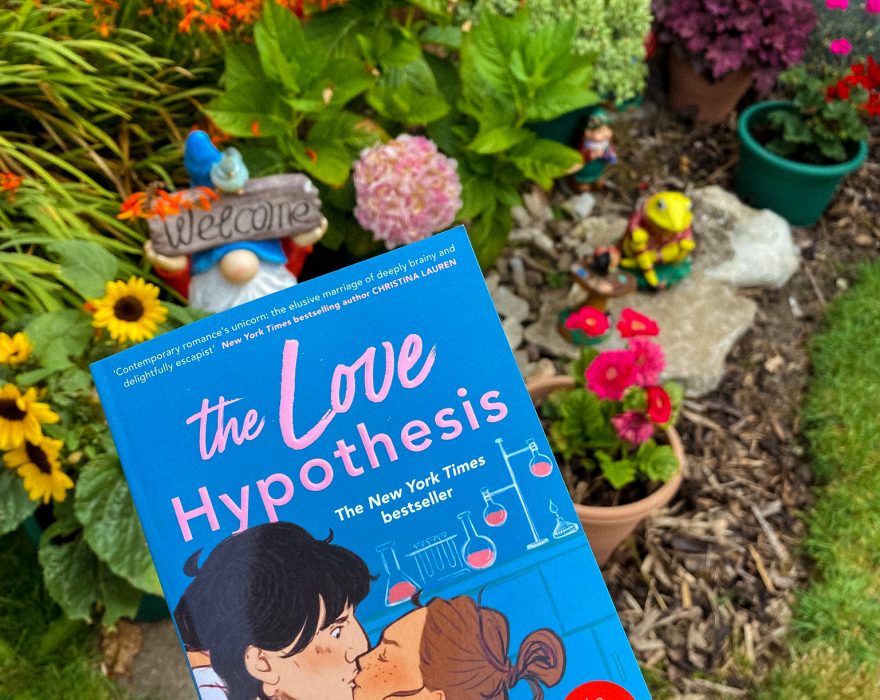 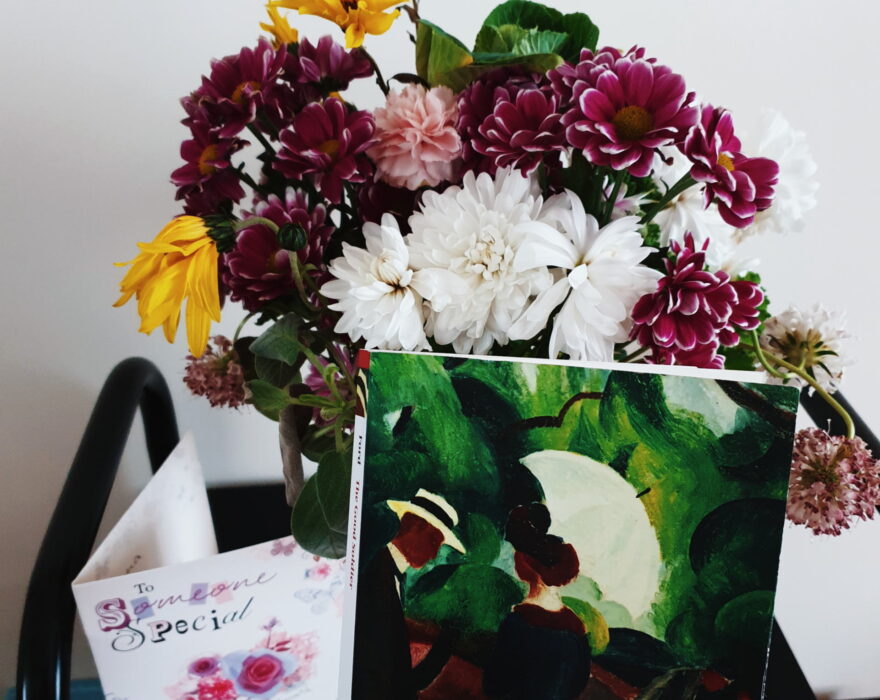 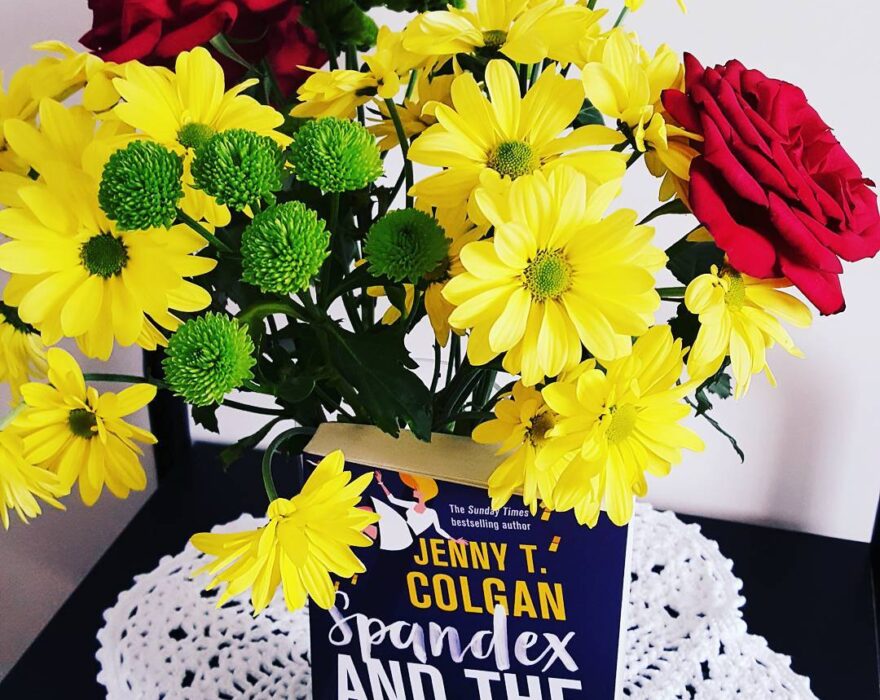