My Problem with FOX’s ‘Scream Queens’

When I die, I want Ryan Murphy to lower me into my grave so he can let me down one last time.

You see, I forgave him for the mild disappointment of American Horror Story: Freak Show (It wasn’t bad, but could’ve been better) but it’s Murphy’s new show Scream Queens that has left me with a bitter taste in my mouth.

Hyped up over the summer with a never ending onslaught of promotion, I was intrigued to give Scream Queens a watch. Alas, after tuning into its premiere a couple of nights ago — of which I stuck through about three quarters of an hour of its two hour premiere before turning it off – I’m more than disappointed. I’m actually disgusted and not because of the gore.

FOX, a channel which has been applauded by viewers and critics for its diversity with the likes of Empire and Sleepy Hollow, may have taken a dozen steps back on the diversity front with airing of Scream Queens. 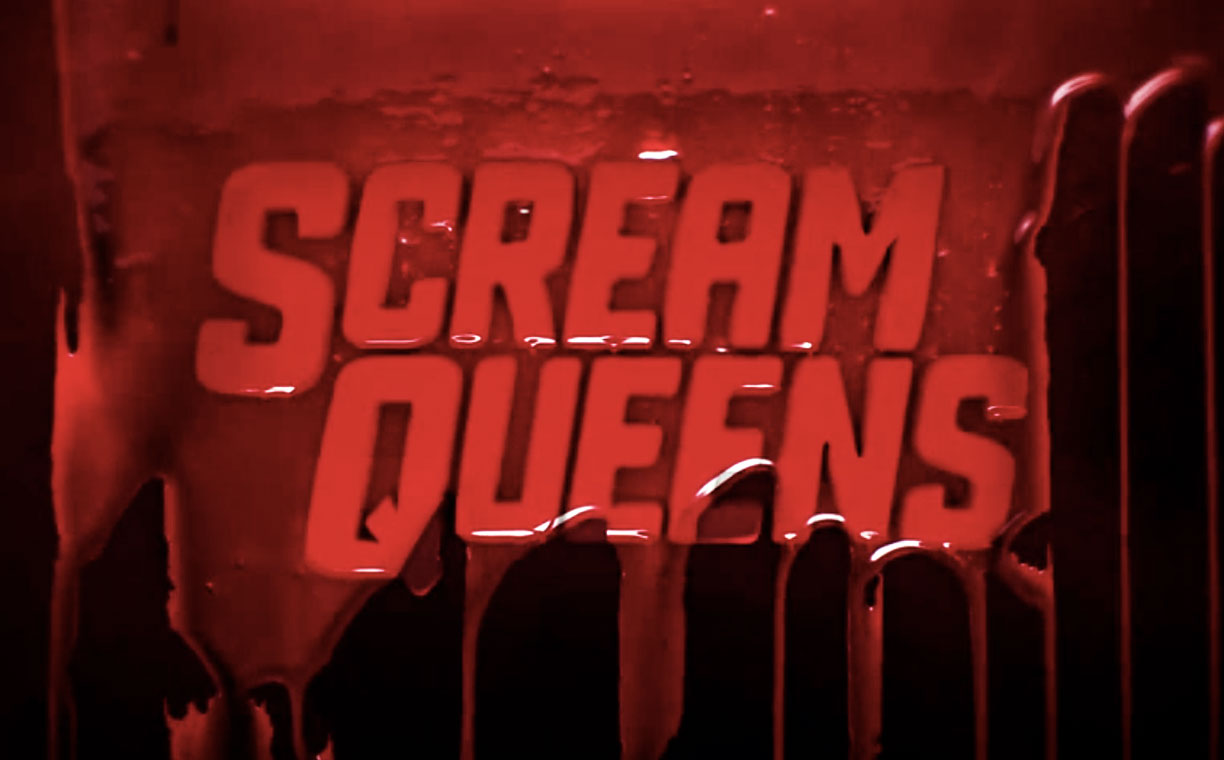 Scream Queens, which supposedly mocks slasher movies, centers on murders at a fictional university that hosts a chapter of Kappa Kappa Tau, an elite sorority run by the rich and entitled mean girl Chanel Oberlin (Emma Roberts). Oberlin prides herself on excluding “undesirables,” which includes pledges who are minorities.

While Scream Queens has some funny moments, a lot of it is just downright offensive, possibly triggering and definitely problematic. It’s important to keep in mind that the below list is just from the first episode. Of course, it could get better. I won’t be tuning in for the duration of its airing, but if I hear some unbiased positivity from those, like me, who have issues with it then I will be more than happy to give it another chance. Despite that, knowing Ryan Murphy’s writing, that seems unlikely.

I’m willing to bet there will be some sort of weak redemption arc for the racist characters of this show much like the one Madame LaLaurie had in American Horror Story: Coven.

The show is narrated by Roberts’ character, Chanel #1, who within the first five minutes berates the maid scrubbing the floor. “That obese specimen of human filth scrubbing bulimia vomit out of the carpet is Ms. Bean”, sneers Roberts, “But I call her white m*mmy because she’s essentially a house slave.”  Wow, off to a not-so-promising start already! She then goes onto bully the woman into reciting the “I don’t know nothin’ about birthin’ no babies” line from Gone from the Wind.

Murphy, justified this by saying that the show is a comedy and dialogue is meant to illustrate Chanel’s racist and distasteful nature.

However, the slavery and subservient black images are no laughing matter. Vox made a good point stating;

“the “joke” here is supposed to be that Chanel No. 1 is awful enough to use a term like “white mammy” and find it hilarious. But as the episode progresses and Chanel continues to spew hateful, racist garbage, an alarming truth emerges: This show loves Chanel. Murphy’s direction lingers on her stacked wardrobe, her immaculately assembled outfits, her dead-eyed glare at whomever was foolish enough to cross her. “Yeah, Chanel’s a total racist,” Scream Queens seems to be saying, “but isn’t she spectacular?””

Chanel #1 shares a lot qualities with American Horror Story: Coven‘s bitchy Madison Montgomery, a vicious Hollywood party girl Roberts played. But the reason Madison worked as a character was that she was one member in a strong, balanced ensemble who keep her in check whilst still making her rudeness likable. That’s not the case on Scream Queens.

The “sassy black woman” trope is still alive in Murphy’s writing. We’ve seen it previously in a few American Horror Story episodes, but Scream Queens takes it to the next level. There are very few black characters, and other ethnicity actors, in the show and the character played by Keke Palmer is apparently down to join a racist sorority run by a racist white girl? Not to mention that her character is called a “hood rat” by the main white character who then states that she needs white eyeliner to be able to write on her. Keke’s character isn’t given much better dialogue to work with either, belting out “All ya’ll ratchet” at one point.

While we’re on the subject of offensive stereotypes, Scream Queens just had to chuck in the staple “pervert lesbian”, Sam, who “coincidentally” is a woman of colour that has very little screen time too. Chanel #1 describes the character as “Predatory Lez. Real name ‘Butch’ or ‘Mac’ or something. Two days ago, I caught her staring at my ass. All that girl is after is a whole lot of bikini burger.”  It’s 2015. Making LGBT characters the punch line is not cool anymore, Murphy. Neither is pushing every poc actor aside to make sure the straight white woman get the spotlight and the sympathy he so wants them to have.

One particular quote rubbed me the wrong way. Chanel #1 (surprise, surprise) made some disgusting comment about how “ethnics” and the “fatties” are going to ruin the sorority;

“If Dean Munsch gets her way, Kappa is going to be filled with fatties and ethnics. The fatties will bring their big ol’ appetites and you know what those ethnics will bring with them? Weird spices from their home countries. that is a nuclear combination, Ms. B. the weird ethnic spices will send the fatties racing to the bathroom to blow liquid fire out of their huge, swollen bowels. Think of the splash back. Think of the undersides of all of the toilets that YOU’RE going to have to sanitize, Ms. B. I don’t want that. I don’t want that for you.”

This one isn’t so simple to brush off as Murphy’s satirical comedy. It’s blatant racism and body shaming. Something that there is still an abundance of in today’s media. If Scream Queens is trying to highlight this issue to their audience and emphasise the idea that this is wrong, then they aren’t doing a very good job. Scream Queens‘ writing is not clever enough to pull off the comedy genre it’s trying to hit. If anything, I’m sure some closet racists and naive teenagers will be cackling at Chanel #1’s comments and incorporating them into their every day behaviour. Horror Story has a massive cult following which drools over psychopathic, twisted killers. What could be more scary? A bunch of teens applauding the Chanels of Scream Queens and their problematic behaviour with a stream of ‘YAAAS QUEEN SLAY’ tweets.

Fret not, Murphy got all his racist bases covered by adding in a line encouraging blackface. Here’s an article about why blackface is wrong in case you’re not clued up on it!

There was homophobia aplenty in the Scream Queens premiere. One example is a guy not wanting his mate to be outed as gay because he still wants to be able to hit gays with golf balls. Murphy writes the gay characters to come across creepy and perverting on their poor innocent straight friends as if gay characters don’t get treated terribly enough on other shows. *cough* Jeff Davis’ handling of Danny over at MTV’s Teen Wolf *cough*

There are a handful of genius moments in Scream Queens: a death scene in which all the communication between killer and victim takes place via text message and a candle vlogger.

I’m expecting a lot of hate at some point and whiny comments about it being a “satire comedy”. Yet, it really isn’t. Scream Queens wants to one up the likes of Scary Movie and Scream, but it’s been sabotaged by its own mean streak. These derogatory comments against race, sexuality and body types are far too frequent and just plain unnecessary. I mean, is there a need to target a minority in every scene? Or for that matter, every project you do, Ryan?

It’s these not-so-witty one-liners that marginalize those who aren’t straight or white that are a reoccurring theme in Murphy’s work.

Murphy has had a lot of problematic depictions of race, racist jokes, and racial stereotypes time and time again. He know’s what he’s doing. But it’s like he’s created an entire show hailing white privilege and making anyone who doesn’t conform to the Straight White Club the butt of all the jokes and as a viewer we’re meant to brush them off.

The problem is, Ryan Murphy and FOX, that albeism, racism, homophobia, body shaming etc are not excusable and are still offensive. I’ve seen satirical comedies before and when done right, they’re good. When they’re done wrong, they’re horrid and I can’t help but get the vibe that all these slurs and prejudices are hidden behind the excuse of comedy.

Alyssa Rosenberg over at The Washington Post made a valid point about Ryan Murphy saying
“Ryan wants to be a satirist, rendering bigotry and sanctimoniousness ludicrous, and therefore harmless. But his true sympathy is with his vicious sorority girls, his homophobic mothers, his tyrannical cheerleading coaches, and the campy, brazen, often deeply unhappy women at the heart of his shows. And Murphy’s real gift isn’t to destroy them, but to get inside their minds and understand how their ugliness works, where it comes from and how it might be possible for them to move beyond it.”

The script isn’t intelligent or meaningful enough to target the satirical vitriol it wants whilst juggling the modern-day stereotypical sorority story-line. Scream Queens isn’t satirical, it’s just plain mean. Had it been written by someone else who didn’t have some sort of vendetta against other races, then Scream Queens just might have worked.

Also, I’m sure a lot of the internet wouldn’t be praising it if it didn’t have people’s so-called “faves” Ariana Grande, Lea Michele and Emma Roberts in it or had this been any other show not made by the American Horror Story writer, then I can guarantee it would be getting the backlash it deserves.

It could have been good, if it had narrowed in on a single aperture. Instead it could have tried to be a show that handled the incompetent management of criminal wrong-doings on a college campus, or a homage to the horror-comedy genre, even a simple diva smack-down! Sadly, Scream Queens’ cheap humour based off targeting minorities hits a sour note and makes it ridiculously uncomfortable to watch.

Just two weeks ago, Viola Davis made history by being the first black woman to win an Emmy for outstanding lead actress in a drama series. Davis won for her phenomenal performance as Annalise Keating in the equally exceptional How to Get Away with Murder on ABC. In her speech, Davis said “You cannot win an Emmy for a roles that simply aren’t there,” and in Murphy’s work, they aren’t. If you aren’t white, you’re reduced to your stereotype and there is no room for breaking that ground. Keke’s character in Scream Queens is your “sassy black woman” trope much like Queenie was in American Horror Story: Coven.

If you’re looking for a suspenseful horror comedy then I suggest giving MTV’s Scream: The TV Series a watch instead. 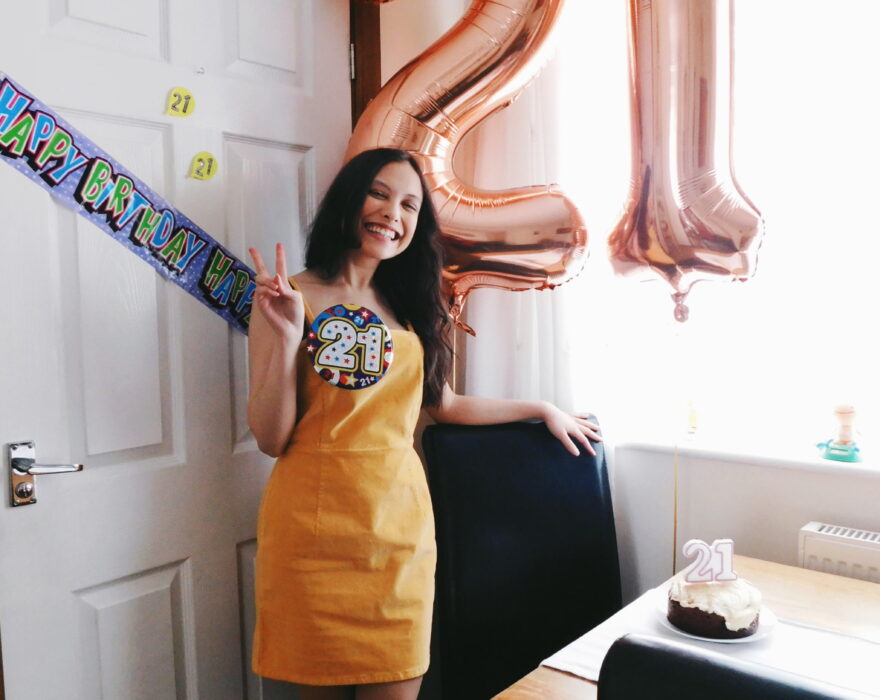 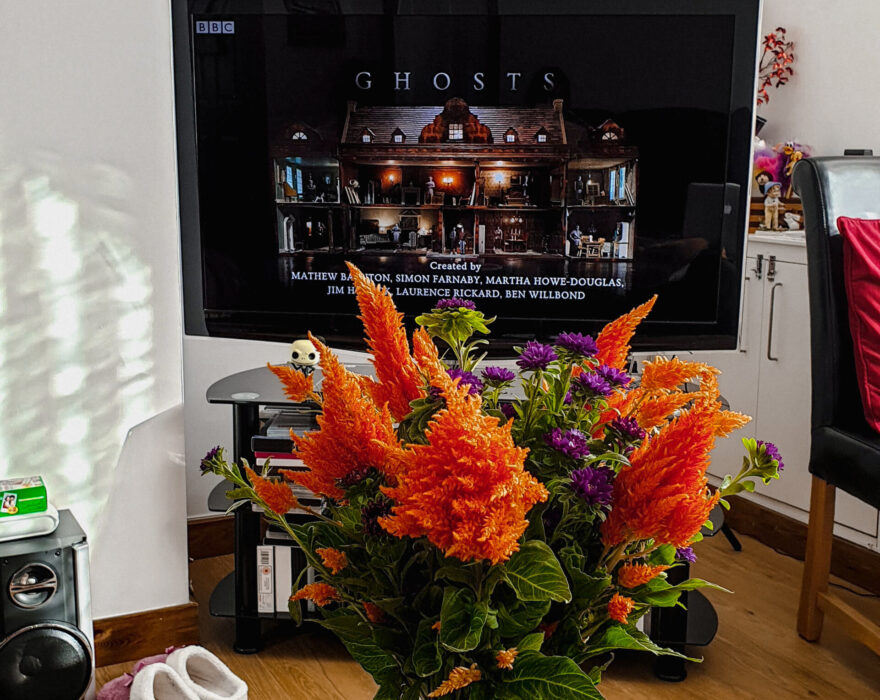 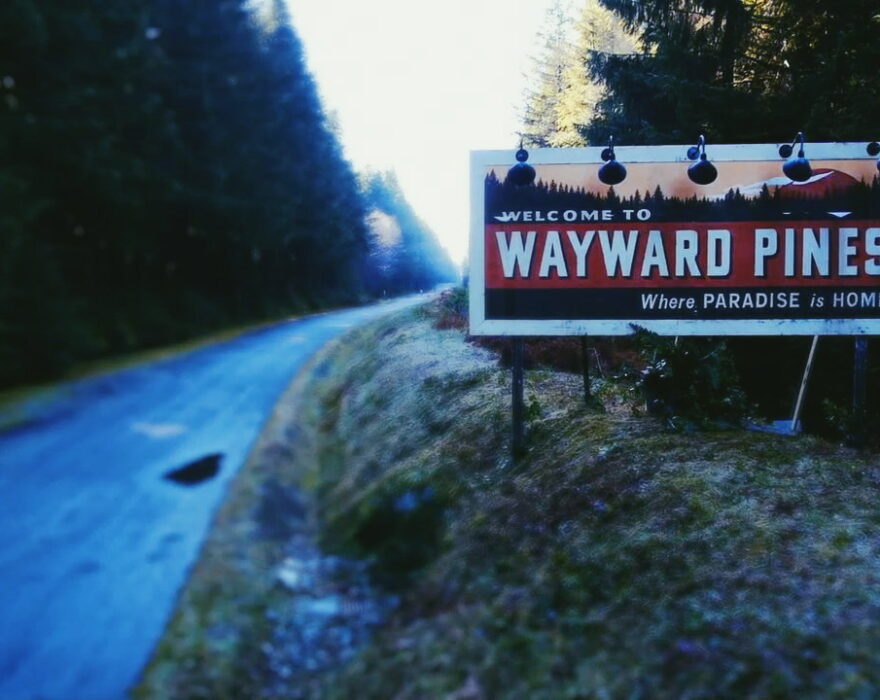 Book Review: Hello, Goodbye and Everything in Between