Thank you to the lovely team at Little Brown’s Piatkus for sending me a copy of one of my most highly anticipated reads of 2019, The Unhoneymooners.

You truly do learn something new everyday as unbeknownst to me, Christina Lauren, the novel’s author, isn’t actually a person! Instead, the press release informs me that it is the combined pen name of a duo of longtime friends, Christina Hobbs and Lauren Billings who met as fan-fiction writers online. Fellow bookworms may recognise them from their Beautiful Bastard series and standalones such as Roomies which has a movie in the works being produced by Jenna Dewan. I’ve always seen their novels touted around GoodReads and the gram, but this is the first time I’m actually ever diving into one of their works.

FOR TWO SWORN ENEMIES, ANYTHING CAN HAPPEN DURING THE HAWAIIAN TRIP OF A LIFETIME…

Olive is always unlucky; her identical twin sister Ami, however, is probably the luckiest person in the world. While she’s about to have her perfect day marrying her dream man, Olive is forced to play nice with her sworn enemy; the best man, Ethan.

But Olive’s luck is on the turn. When the entire wedding party – except for Olive and Ethan – gets food poisoning, there’s an all-expenses-paid honeymoon in Hawaii up for grabs. Putting their mutual hatred aside for the sake of a free holiday, Olive and Ethan head for paradise, determined to avoid each other. But when Olive runs into her future boss, the little white lie she tells him threatens to spiral out of control.

Forced to play loving newlyweds, she and Ethan find themselves in much closer proximity than they ever expected…

But soon, Olive finds that maybe she doesn’t mind pretending. In fact, she’s beginning to feel kind of… lucky.

HE TRIES TO WRESTLE HIS SMILE UNDER CONTROL BUT I CAN SEE HOW MUCH THIS EXCHANGE LIGHTS HIM UP INSIDE. I TRY TO PRETEND IT DOESN’T DO THE SAME TO ME. ETHAN IS HERE. ETHAN THOMAS IS GRAND-GESTURING IN AN UGLY SHIRT, WITH A FAKE MAI TAI GLASS. IT’S TAKING MY BRAIN A LITTLE TIME TO CATCH UP TO MY HEART.

Enemies to lovers? Forced to spend a lot of time together? The promise of witty back-and-forth banter? Sign me the hell up! The second I read the concept for The Unhoneymooners, I was sold. These are kind of the plot lines that early 2010 fanfic writing Sam honed her skills on and it’s the exact type of fiction that I live for.

Maybe I’m biased because I love the fake-dating trope with every fibre of my being, but I never wanted The Unhoneymooners to end. An adorable, funny and heartfelt plot line paired with the Hawaiian setting really makes it the perfect book to keep you company this summer whether you’re chilling by the pool or sheltering from the sun indoors with the AC turned up.

As someone who can easily get fatigued by romance reads, I found The Unhoneymooners really refreshing despite the fact it isn’t stand-out original in terms of story. It definitely gave me The Proposal vibes à la Reynolds and Bullock, especially since there’s an accidental naked scene that distinctly mirrors the one in that movie. However, the duo’s pacing, knack for comedy and the chemistry between Ethan and Olive that practically oozed off the pages really managed to keep me on my toes. I struggle to think of a rom-com read that managed to make me laugh out loud as much as this one.

It genuinely is everything you could want from a good ol’ romance book. A fiercely funny leading lady and a drop dead gorgeous man she absolutely despises trading insults then falling in love under the summer sun. Ugh, my heart is swelling at the mere thought. That’s not say that it’s plain sailing – or rather, snorkeling – for Olive and Ethan. Naturally, conflict comes in the form of that big fight towards the end. I have to give my props to the authors because usually the inevitable dispute of the third act in romantic novels tends be for absolutely ridiculous reasons, but this one actually felt valid, it served the initial story of the wedding really well and almost brought the novel full circle in a way.

Also, Ethan’s grand gesture had me reaching for the tissues. It was exactly the cinematic levels of romance that I expected and boy, did the authors deliver! I didn’t realise how irrevocably invested I had become in Ethan and Olive’s blossoming romance until then, but I had no words. It was beyond adorable. Real life boys could never. Can we blame fiction for my oddly high expectations?

I did love and enjoy The Unhoneymooners, don’t get me wrong. However, and I’m aware this sounds like a weird complaint, but I’d just wished there had been a little more hate. As cute Ethan and Olive were and as much I revelled in their witty exchanges with many an excited scream and squeal, I wish there had been a smidge more build up to their romance.

As we’re getting into the nitty-gritty, there was a rather questionable attempt at the representation of curvy women that I don’t think the authors tackled all that well. Sure, there were a few mentions of Olive’s insecurities and there was minimal addressing of the perceived fat-shaming. The intention to make their main character plus-sized was evident, however, they seemed to believe that giving their protagonist large tits and feeling the need to reinforce this on multiple occasions throughout the novel was enough.

While that specific representation isn’t something I can expertly discuss in detail, as someone who has suffered with body dysmorphia, I feel like I do have to point out that The Unhoneymooners could potentially be triggering due to the emphasis the authors place on Olive’s tricky relationship with food and her inner thoughts of herself. They seemed to push the rhetoric of Olive and Ami being these super identical twins whilst signalling how thin Ami is and how Olive struggles, but hey, her tits are huge which is amazing and all that paints this hazy, ever-changing image of this character.

The Unhoneymooners really was such a light, fun and hilarious read that if you’d taken away those issues, I wouldn’t hesitate to give it a five star rating. However, it felt glaringly obvious the authors really wanted to come across as pioneering for relatable representation, but they unfortunately failed in their execution in my eyes. Yet, they did nail the romance at least! 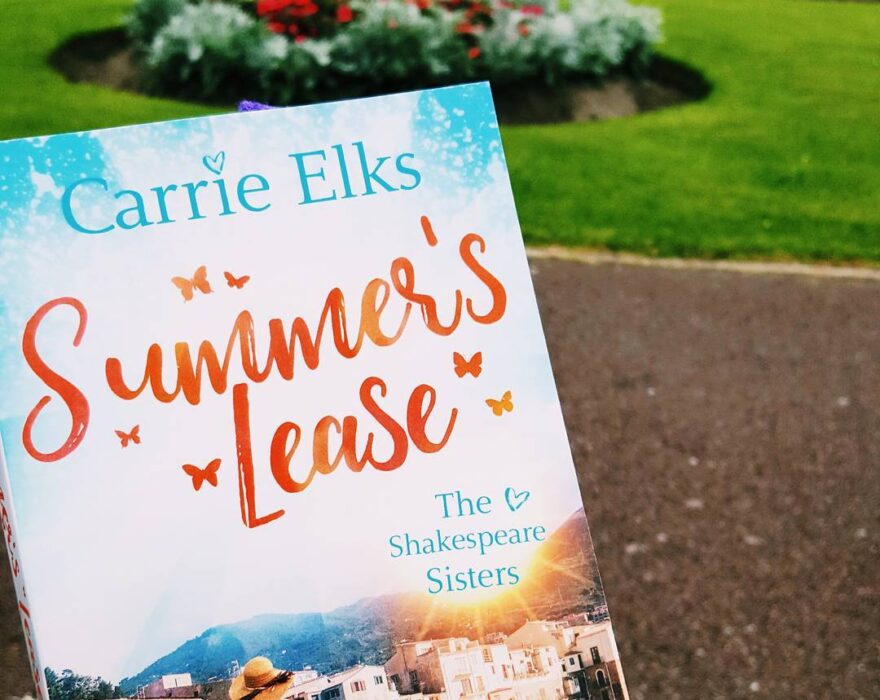